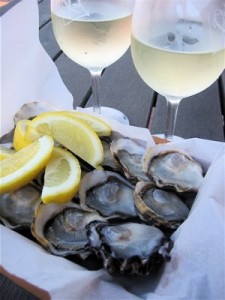 By Terence Carter*
First we had the Lonely Planet author fraud where a writer’s tales of his unethical escapades exposed a publisher’s loopholes and led to an undermining of the travel writing profession.

Now we have the Wine Spectator award fraud where the magazine’s own Wine Spectator Award of Excellence was bestowed upon a non-existent restaurant, Osteria L’Intrepido di Milano, bringing into question the ethics of the publication. This time it’s the publisher who can be blamed for the complete lack of confidence readers now have in the previously well-respected wine magazine.

Whenever we’ve seen the Wine Spectator sticker on the window of a restaurant, we’ve assumed the restaurant has ‘won’ an award, not just sent off a wine list, menu, and non-refundable $250 cheque, and been given an ‘award’. The hardest part of receiving the ‘award’ would appear to be getting the little air bubbles out of the Wine Spectator sticker as you put it on the inside of the window of the restaurant.

In Wine Spectator’s defense, they do tell us they can’t visit “every award-winning restaurant” in the fine print on their website. However, we still expected more of such a pernickety publication. In view of the fact the magazine doesn’t actually send anyone to assess all the restaurants they’re bestowing ‘awards’ upon, perhaps ‘certification’ would be more appropriate.

Because there is more to being a good wine restaurant than just boasting a list of vintages. Is the wine on the list well-matched with the restaurant’s cuisine? Does the restaurant know how to handle and store wines properly? Do they actually have the wines they claim to have on their list? Does someone there know how to advise customers on what wines work with which the dishes, how to keep those wines at the right temperature, how to open them properly, and how to evaluate the wine before serving it?

It’s the condescending and haughty tone of the response to the ruse by Wine Spectator that’s equally as disappointing – along with their idea to spin the scandal by playing the victim. They actually say they’re the “victim of a mugging”. (You can read more about the “mugger”, author and wine critic Robin Goldstein, his book, and his academic study that started all this here.) Sadly, this tone is exactly why so many people hate wine snobs.

Thomas Matthews, Wine Spectator executive editor, posted on their forum: “It is sad that an unscrupulous person can attack a publication that has earned its reputation for integrity over the past 32 years. Wine Spectator will clearly have to be more vigilant in the future.” What is really sad is that the publication traded that hard-earned integrity for easy money and that their industry awards program was little more than a fundraising scheme.

They say they have 4,000 restaurants that have attained the ‘Award of Excellence’. At $250 a year per restaurant, that’s a tidy one million dollars a year for a couple of people to rubber-stamp applications – and enjoy the odd good meal at the restaurants they could be bothered to visit. This doesn’t include the one-third they claim didn’t make the grade. Guess those restaurants must have spelt Gewürztraminer without the umlut…

But we do recall questioning of the awards some time back in the New York Times… Matthews responded to the criticism of Wine Spectator visiting a tiny percentage of their ‘award-winning’ restaurants by saying: “I admit that compared with the Michelin Guide, it’s a weakness in the system. But we’re not really promising that we’re judging the restaurant. We’re judging the wine list at the lower level.” This was in 2003 so the weakness in the system was clearly counteracted by the strong revenue stream the magazine received from the ‘awards’. Five years later, they still hadn’t done anything about it. Instead they end up giving a fake restaurant an ‘award’.

What’s also instructive is the tone and content of Matthews response to the NYT story: “The basic award is not that hard to get” and ”At that level,” Mr. Matthews added, ”we’re trying to bring people into a wine consciousness. We’re trying to be as inclusive as possible.” It was a disingenuous claim then, even less so now that they’ve had five years to make themselves more accountable. Or perhaps they’ve been too busy trying to educate those poor people who don’t have a deep understanding about botrytis or appreciate hints of barnyard on the nose.

But Matthews is still unrepentant, posting this week on the Wine Spectator forums: “Most importantly, however, this scam does not tarnish the legitimate accomplishments of the thousands of real restaurants who currently hold Wine Spectator awards, a result of their skill, hard work and passion for wine.” Indeed?

So for all those restaurants who have duly photocopied their wine list, menu and drawn a cheque for $250 each year, we salute you!

* Terence is my husband, co-author and a wine-lover.

This site uses Akismet to reduce spam. Learn how your comment data is processed.