In print and online 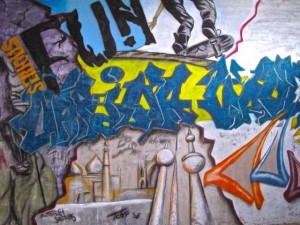 Life has been keeping us busy as usual with our Grantourismo project now well and truly under way; you can keep up with our travels and what we’re doing here. We’ve had a few bits and pieces published in print and online in January and February, which we wrote last year, that I wanted to share with you.
* The first edition Cyprus TwinPack guidebook I wrote for the UK’s AA Publishing was released in January. I really like AA’s revamp of the TwinPack series – the book’s design is much more clean and stylish-looking now.
* In the January issue of Gulf Life, Gulf Air’s in-flight magazine, Terence and I had a piece on the sleek one-of-a-kind sheesha pipes that the manager of Doha W’s Wahm Bar commissioned in Designer Sheesha in Doha: blowing bubbles has never been so cool, while in the February issue we’ve got a piece on Wild Peeta, a fantastic fusion shawarma eatery started by two Emirati guys.
* The February issue of J Mag, Jazeera Airways in-flight magazine includes more of our stories and pics, including Twitterabia, about the rise in popularity of Twitter in the region and how tweeps in the Middle East are meeting face to face and forming ‘real’ friendships; Future Planning, about three young Kuwaiti architects hoping to make Kuwait a better place to live through their re-thinking of what’s appropriate architecture for the country and their blog Re:Kuwait, aimed at opening a public dialogue on the subject; and Guitar Heroes, a piece about the heavy metal scene in Kuwait, though we’re not happy with this last story at all, censored for political/religious reasons. We were asked to remove references to the ‘devil’s music’ and the real challenges the musicians are facing – and we never called the guys geeky! If you’re interested in the full story and would like to see the original piece, leave a comment below and I’ll email it to you.
* The Jan/Feb/Mar edition of Carlson Wagonlit’s Asian-based business travel magazine, Connect, features a ’24 Hours in Dubai’ piece I wrote.
* The January edition of UK travel magazine Wanderlust contained a special Jordan supplement with a couple of pieces I wrote on Jordanian guides, including a profile of an award-winning guide and recommendations and advice by some of Jordan’s best guides.
* In the Ritz-Carlton magazine’s Winter 2010 edition, you’ll also find a small piece I wrote for the Doha hotel’s concierge.
* We also had a couple of pieces on the Viator blog, including UAE: a Winter Wonderland, and a piece introducing our Grantourismo project (Viator is one of our project partners).

Pictured: a wall of graffiti in Kuwait City, against which Terence shot fantastic portraits of Kuwait’s heavy metal heroes for our Jazeera magazine story.