How Much Time Is Enough Time In A Place? 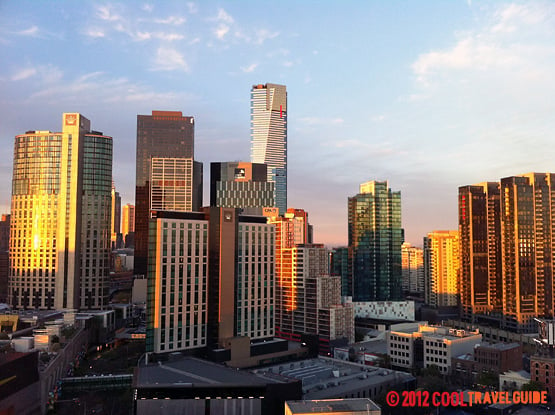 One of the most infuriating things for a travel writer is being told, “You haven’t stayed long enough” or “you can’t see everything/anything here in a month – you can’t even see it in a year!” Let me explain why…

A bit of background first. One of the reasons we packed up our apartment in Dubai and put our worldly possessions into storage in January 2006 was so that we could work full-time from the road as travel writers. We had one year’s worth of back-to-back book commissions lined up and had we have kept a home in Dubai, aside from that first commission – yet another guidebook to Dubai (and Abu Dhabi) – we wouldn’t have spent much time there at all that year.

Besides, it had been our plan to try a new way of working we’d already tested out on a couple of guidebook commissions, and that was to stay in the destination for the duration of our work on the book, from research through writing to manuscript submission. The way that most guidebook authors work is that if the destination they’re writing on is not their home, they fly in to do the research then fly home again to do the write-up. We’d also been working that way and found it incredibly frustrating.

Trips were too rushed, each day crammed with too many things to do and see. We’d spend the whole time running around, from the time we woke to the time we went to sleep, and they were early mornings and very late nights. A typical day researching a city guide might include mad dashes around two or three museums, lunch, visiting a neighbourhood of shops, inspecting a few hotels, trying a couple of cafés, devising a new walking tour, back to the hotel to check email, re-group and change, visit a couple of bars, eat dinner, visit more bars and perhaps a couple of clubs, sleep, then do it all over again the next day.

And the whole time wasn’t just spent critically appraising a place, we’d be checking details and facts, we’d be talking to museum curators, hotel PRs, chefs, waiters, sommeliers, shop owners, bartenders, and club managers, we’d putting dots on maps, furiously writing notes, and taking ‘memory shots’. And I can’t even begin to describe the pace if Terry also had a photography commission for the same book.

Depending on the size of the guidebook (whether it was a compact or standard), the size of the city (was it, say, Lisbon or Paris), and how well we knew the destination (had we been many times or just a few), the research period might take 3-6 weeks and then we’d spend the same period (maybe longer) doing the write-up and mapping. And months later after it was edited, when we were in another country working on another book, we’d have to answer editor’s author queries or AQs.

Aside from the frantic pace, sometimes we’d leave a city having missed seeing a few places on our list or double-checking a couple of points of a map, we might not have been able to go back to check if that empty restaurant ever got full, whether that neighbourhood was more interesting on weekends, or whether I could find a better hotel to replace one I wasn’t 100% happy including. And in our rush to run about everywhere every day, while we’d seen and experienced more than many residents do (so people continually tell us), maybe we hadn’t got to explore every neighbourhood we wanted, or returned to see a band at that little jazz place that wasn’t in the book that we’d so badly wanted to include. And so on.

When we went on the road permanently, our aim was to avoid that mad pace, to ensure we saw and experienced as much as we could, and to settle into the place for the write-up. Even though we would be on our computers at a table in a room for the most part of every day writing, we could go to the shops to get supplies for the long day ahead, go for a stroll and explore a new neighbourhood when we needed to clear our heads, pop out for dinner or a drink, and have time to return to those places we wanted to double-check or visit a new restaurant we wanted to try. This meant that rather than fly into a city for a few weeks, we might stay for anything from six weeks to a few months.

Six years later, that’s still how we’re working. Now, we’d find it hard to work any other way. For the first few years we were mainly doing guidebooks and the occasional magazine or newspaper story, now it’s the other way around, mostly stories with the odd book. But we still settle into places for a while. We couldn’t envisage flying into a city just for a few days, as many writers do. For instance, we just spent five weeks in Melbourne researching a handful of stories, and last September we were there for two weeks for one story. But still, some locals will say it’s not long enough to get to know a place to be able to write about. So, how much time is enough time in a place?