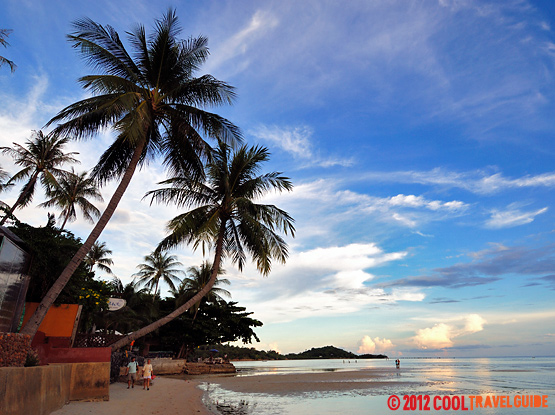 For the first time in my life I’m considering cruise ship travel. The other day I was wondering if I’m too old for hostels, now I’m thinking: am I too young for cruises? Or, regardless of age, is cruise travel right for me?

The only cruises I’ve really contemplated doing in the past have been to Antarctica, the Galapagos Islands and Alaska. But the purpose of those would be for the superb wildlife spotting and spectacular landscapes, the ship being only a vessel to get us there.

But I’ve never envisaged taking a cruise simply for the pleasure of it. I’ve never thought: “I’d love to do a cruise”. That was my nanna’s dream, and as a child, I remember seeing my Australian grandparents off on their first cruise. I remember noticing family and friends at the cruise ship terminal saying their goodbyes, throwing streamers at the ship as it pulled out. Do people still do that?

I’d never imagined being part of a shore excursion, following a guide around waving a flag or carrying an umbrella. To me, the cruise groups were people who got in the way of our photos, tourists who didn’t spend any money in destinations… now I’m starting to prepare myself for the possibility of being in those groups.

Cruises always seemed like something that seniors or mature travellers did upon retirement or when they could no longer be bothered organizing their own trips. Once you’re on board, there’s no worrying about flight connections, train strikes, or hotels that have lost your booking. Everything is organized for you. Could it perhaps be the least stressful form of travel, I’m now wondering, and starting to see the positive side.

I can see why families might opt for a cruise too. It’s like an all-inclusive resort on the sea, isn’t it? Some of these ships have crèches and kids clubs and theme park-like facilities. The parents can relax while their children are being entertained. There’s nothing to think about except the next meal or activity. It must be bliss for exhausted parents.

And it turns out there are gay cruises and cruises aimed at singles also – party boats with singles lounges, and, ahem, “special cabins with separate rooms for privacy”. Right. You see, I’ve been doing some research on cruiseabout.com.au – we’re still in Australia and it seems to be the most comprehensive site on Australasian cruises, from what I can see.

I imagined that we’d be bored a lot on a cruise and when we weren’t reading we would probably end up working, however, it seems the activities extend beyond pool games and trivia nights (neither of which are my cup of tea) to pretty cool things, like cooking courses, dance classes, wine-tastings, and Movies Under the Stars on Princess Cruises. Now that’s more my style.

I’ve also learned that the size of cruise ships varies vastly, and a cruise doesn’t necessarily have to be on one of those floating cities. The Orion Expedition Cruises, which is what we’ve been invited to do, are on small ships, which are more like mega-yachts, with just 100 passengers and 75 crew.

I also had the impression that the food would be pretty bland, ‘international’ menus with big buffets and the like, but the Orion’s menus are written by well-regarded Sydney chef, Serge Dansereau. And the shore excursions sound fascinating too on the cruise we’re thinking of doing, from visits to an orangutan sanctuary and traditional villages, to things as simple as an afternoon on a powdery palm-lined beach for swimming, sunbathing, snorkelling, and strolls.

I do have some environmental concerns in relation to cruises, but I’m going to mull over those over at Grantourismo (see this post), which is a more appropriate place for me to reflect upon sustainable travel.

So the idea of a cruise isn’t sounding so bad at all. In fact, the idea of it is rather appealing right now. I’ll keep you posted on what we decide to do.

Getting There: I’ve been using Flighthub to find cheap flights. In this case, we’re going to be travelling with Air Asia, which is sponsoring our flights from Sydney to Malaysia. I’ll keep you posted on how that goes too.

Have you been on a cruise before? Are you a fan of cruise ship travel? I’m particularly interested in hearing from readers who weren’t but who were converted after doing a cruise. I’d love to know why and learn what you loved about them. Tips welcome too.