An Update from the Sea 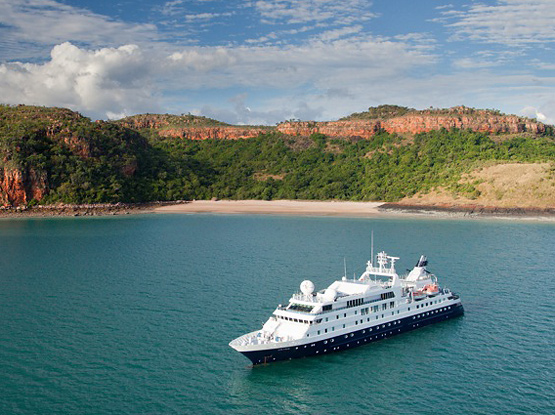 When I blogged here more frequently I’d occasionally post an Update from the Road, a pretty poor excuse for not posting that would make apologies and feeble excuses, like, well, you know, we’re a tad busy working on a book. Now, I’m quite pleased to be giving you an Update from the Sea… sort of…

I re-launched Cool Travel Guide earlier this year with a cool new design by my husband Terence, with the aim of posting here more frequently, as I did during the first couple of year’s of this blog’s life. While I’ve blogged here more regularly than I have the last couple of years and I love having this space to post about things that don’t have a place on Grantourismo, I wish I had more time to post more often.

But as usual, our paid travel writing always takes priority – and once again it’s been a busy year so far, doing a combination of stories for magazines (Lifestyle+Travel, Get Lost, Wanderlust etc) and newspapers (The Independent and The Telegraph mainly), as well as writing for the web and Grantourismo projects.

This one is an Update from the Sea of sorts, though we’re not at sea yet, but we’re sitting in an Air Asia plane flying over the ocean as I type, on our way to Malaysia, where in a couple of days we’ll be boarding (should I be using ‘embarking’?) an Orion Expeditions ship to do their Borneo: Secrets of the Sabah expedition.

So this is an apology in advance because we’ll have no Internet access for 10 days while at sea and intermittent access after that.

So how is it that we’re heading to Borneo and going on a cruise? Well, a couple of months ago we had an invitation from Orion Expeditions to do one of their ‘expeditions’. They call them expeditions rather than cruises, because they tend to be more adventurous and off-the-beaten-track. They also call their passengers ‘explorers’ rather than tourists.

We contemplated their Australian cruises off the Kimberley coast, pictured above – a part of Australia we adore – and also considered an epic journey from Shanghai to Malaysia via Japan, Taiwan and the Philippines. But in the end we liked the idea of Borneo and it fitted better with our other Asian and Australasian travel plans.

Terence and I weren’t sure if a cruise was for us. In this post I asked whether I was too young to do cruises, and on Grantourismo I contemplated the sustainability of cruises. However, we decided to give it a go and maintain open minds.

After all, how often does one get to sail around the coast of Borneo, sipping gin and tonics as we gaze out to sea from Balcony Suite, and set off on journeys down the Kinabatangan River to stay overnight in the rainforest and go wildlife spotting to see orang-utans, proboscis monkeys, macaques, and pygmy elephants! Pygmy elephants!

My hope is that we’ll love it – and we’ll want to do one of those Australian cruises too… or Antarctica, or…

Update, February 2013: Our first story from the Borneo trip – a lovely 10-page feature – is being published in the March-April issue of Asia’s Lifestyle+Travel magazine.